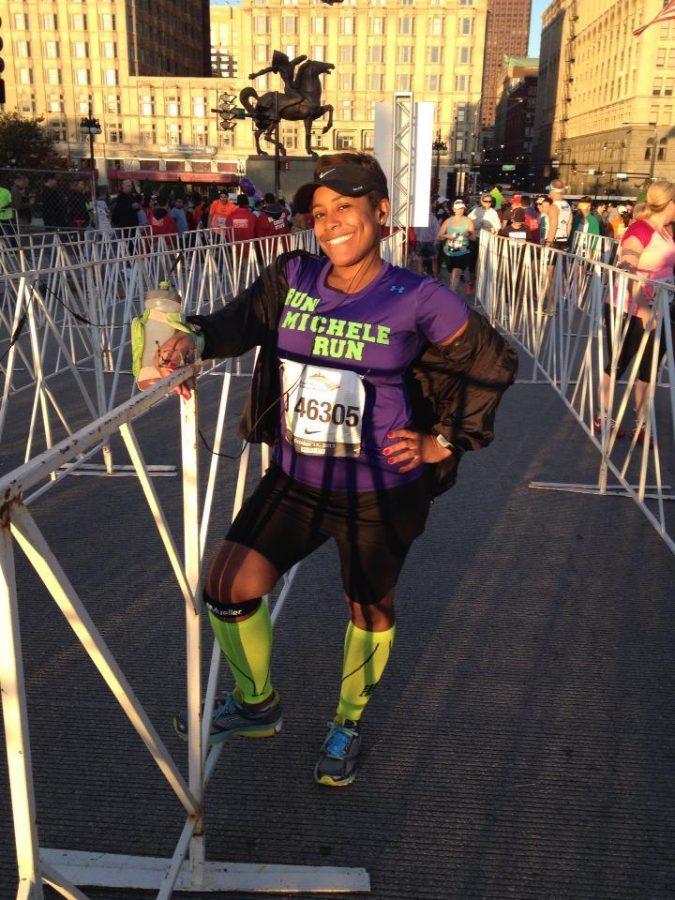 HIllcrest High School’s very own Michele Collins has been selected to run the New York City (NYC) Marathon, which will be held November 5th. The NYC Marathon prides itself on being one of the top three marathons including Boston and Chicago dedicated to elite runners from across the world.

98,000 runners applied, but only 16,000 applications were selected via a lottery system based on their estimated finish times and run pace; all other runners will run for charity. Michele has ran over 30 half marathons across the 50 states and NYC will be Michele’s 4th full marathon- a whole 26.2 miles!

According to Michele, she got into running by accident. Her boot camp instructor challenged their class to run laps around Elizabeth Seton High School back in 2010, in support of diabetes awareness and from there, her love of running took off. According to Michele, “I love to challenge myself and do things that people say is impossible for me to do. In addition, when I saw the benefits (weight loss) and the medals I began to receive, I was hooked on running. When my father was diagnosed with Type II diabetes, I, at that point, began to run marathons for charity, specifically for the American Diabetes Association. Year after year, I share my stories about running with my students in order to encourage them and teach them about setting goals, focusing on those goals, challenging themselves, and how being disciplined equates to success.”

Ms. Collins states that she gets tickled when her kids look at her pictures and medals and can’t believe she does any type of running for FUN.

The Hillcrest family is very proud of Ms. Collins and wishes her continued success.