A piece of October fiction 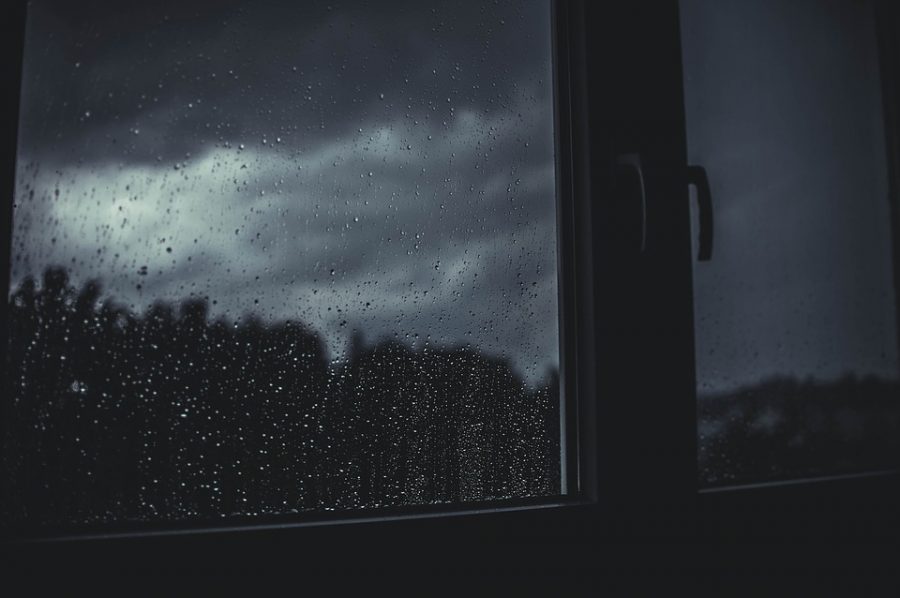 It had been exactly thirty minutes since the ever persistent ticking sound disrupted my sleep, and for thirty minutes the only thought that ran through my mind was ‘Who on Earth still uses an analog clock, and why is it here?’ My eyes darted around, still not fully adjusted to the oddly dark room and I could’ve swore I saw something or someone hide behind the door to my bathroom that I know for sure was closed before I went to bed.

“Hello?” I called out, but the only answer I got back was from the clock, which seemed to now assault me from every corner of the room, the ticking only growing louder and louder. I tried to reach out and turn on the lamp that sat on the desk, but I couldn’t move? ‘This is strange,’ I thought as I attempted move my right leg when I heard a giggle.

I froze, as a feeling of pure dread coursed through my body. It was odd, it sounded pure, almost child-like, but at the same time I felt as though I was imminent danger. Even though it felt like I shouldn’t have been afraid, there was something buried in the back of my mind that was yelling, no screaming, that I needed to escape.

I was terrified, more terrified than I had ever been in my entire life, but for the life of me if you were to ask exactly what I was afraid of I would never be able to answer. How could I say I was afraid of my own room? Of the child’s laugh that seemed to both terrify and comfort me even though I know that I am an only child? Of the inconsistent sound of the clock that seemed to not only get louder and closer as I lied trapped in the bed that once gave me so much comfort. ‘This must be a dream right?’ I thought, trying to convince myself that this could not be happing, and that if only I could move I would wake up and everything would be better and I would wake up. ‘So move,’ I told myself as I tried hard to move anything that would budge. That’s when I heard it.

That could not be the clock. The sound continued to get faster and faster until eventually it sounded like hundreds of tiny feet moving towards me, crawling up the metal bed frame—tiny clicking sounds invading my eardrums—and then it was quiet. Well, not quite quiet, if I hadn’t been paying attention I would’ve definitely missed it. There was soft tapping sound, so soft that for a second I thought I was mistaken, but it almost sounded like when you drum your fingers on the bed; not too hard, but not too soft because then it would be completely inaudible.

My foot tickled, like something was crawling on it, and like lightning the tickling sensation started spreading to my legs, then my stomach, and kept going until it got to my neck. This was wrong, everything about this was so, so wrong. It wasn’t until I could feel them crawling into me, their crooked, slender legs invading the depths of my ears; that I knew what they were. Spiders.

Fear ripped through my body, and it felt as though my heart would burst through my chest. Panic set and seized my lungs as everything grew tighter, making it harder to breathe. I opened my mouth to scream for somebody, anybody, to come and wake me up from this nightmare, but as soon as I opened my mouth a wave of tiny, fuzzy balls of hair with legs tumbled into my mouth one by one and I could soon feel the slowly making their way to my throat.

My eyes shot open in shock and darted around the room, searching for any trace that they might still be here. Panting, I sighed in relief at the thought of finally being at peace, but there was something gnawing at the back of my mind; ‘Was my room always this damp?’