The Meaning Behind The Naps 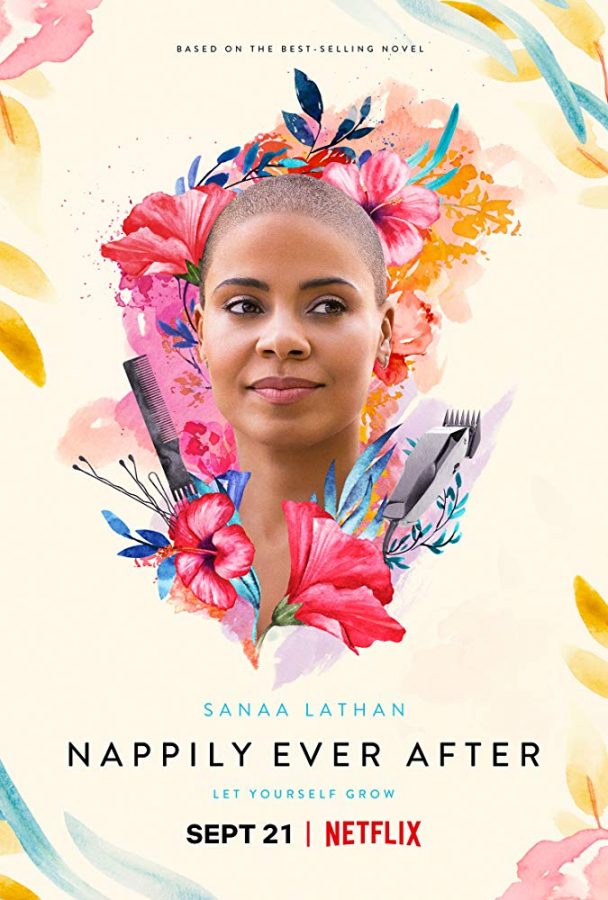 The Netflix original movie Nappily Ever After written by Trisha R. Thomas and directed by Haifaa al-Mansour was first released on September 21, 2018. It is packed with several high caliber actors and actresses like Sanaa Lathan, Lynn Whitfield, Ernie Hudson and Ricky Whittle.

The movie tells the story of a woman, Violet Jones, played by Sanaa Lathan, and her journey of finding herself after a catastrophic event in her life. In the movie, all her life, Violet Jones has been taught about the value of outer appearance by her mother, and thus, has constantly had her hair straightened to fit the social norms of having straight “tamed” hair. She is a women with a perfect life: an African American women successfully working in a field that was dominated by white males who has the most handsome doctor on the market as her boyfriend (Ricky Whittle); she had it all.

One day, on her birthday to be exact, when she believes she will get proposed to, she gets her once straight and beautiful hair wet and is forced to go to a beautician that she has never had to fix what has happened to her. In the process, she insults the girl who helps in the salon which causes her to retaliate by putting hair remover into her shampoo which leads to her once beautiful hair falling out. To compromise, she gets a weave to make it to her birthday party ready to be proposed to but only to be let down and instead of getting a ring got only a dog.

Since, she is angry she gets into a fight with her boyfriend causing them to break up and lose all who she was and had. With her sadness she reacts by shaving her entire head during a drunken night. With her shaved head, she begins to date the beauty shop owner (Lyriq Bent) that she once went to that caused her to shave her head. In the depth of the relationship, she begins to see the beauty in shaving her head and learns to love herself.

I believe this movie gets 5 out of 5 stars. It is very relatable especially to me as someone that just cut off all of their hair. It is easy to understand what she is going through with the ups and downs of having a freshly cut head although I didn’t cut my hair in the same way that she did. With the relatable story, the actors were amazing with the amount of emotion and dedication seen for the movie. The movie was so important to Sanaa Lathan that she actually shaved her head in preparation for the movie giving a more realistic aspect to the story. Even though it is about a serious topic like self love there are still small parts in the movie that will make you laugh and love the movie even more. All throughout the movie Sanaa shows the importance and beauty in natural hair and to not take what others say to heart.

The movie speaks on self love and self appreciation for women and girls with natural hair who have struggles with the way that they look. The movie is about women empowerment, which is something that the world struggles with in today’s society where African American women are made to look a certain way and having natural hair is deemed as undesirable and unpresentable.

The movie is just a big ball of self love and there is no reason to not love yourself coming in a time when the natural hair movement is a big deal and everyone is leaving weaves and braids for their beautiful natural curls. The movie is made for anyone with natural hair who struggle to love themselves because of their hair or African Americans in general.

However, the movie can be enjoyed by anyone of any age, hair type, or racial identity because of the light-heartedness of the entire situation and can enlighten those who may not understand or not be aware of the struggle of having natural hair in American society.

If you’re looking for a romantic comedy with a very important meaning behind it then it is the movie for you.