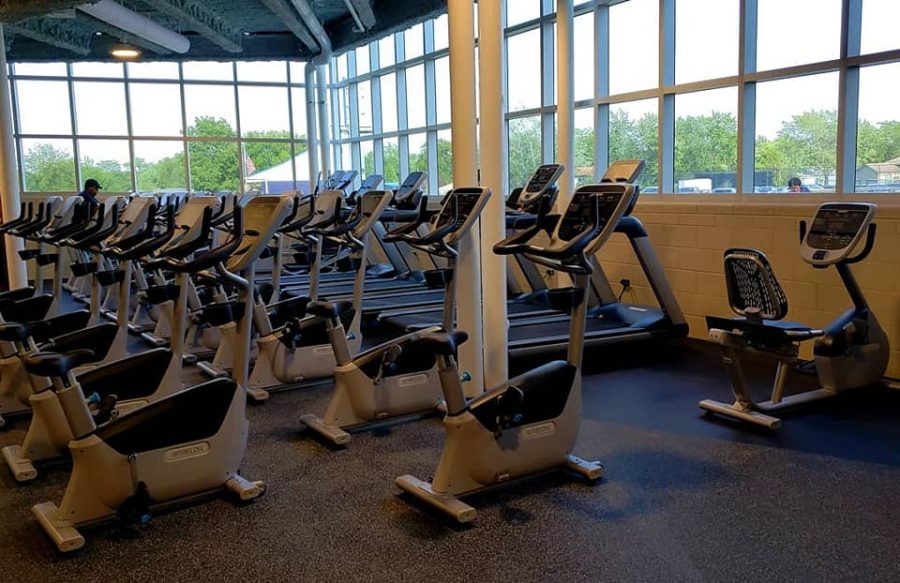 Many Hillcrest students might have noticed a slight change in the school recently. Throughout the course of the 2018-2019 school year, the district has been working on a new project for all the schools, and it has recently been completed following the beginning of the 2019-2020 school year.

That’s right, that building behind the school is our new and improved field house. The field houses are among $74 million in upgrades in a seven-year plan. The district previously improved drainage and installed artificial turf at each of the schools’ football stadiums, which was Phase I. They have now completed Phase II, and many people are impressed with the upgrades. If you attended Hillcrest prior to the opening of the new field house, you would know that it is a great improvement, especially for athletes. 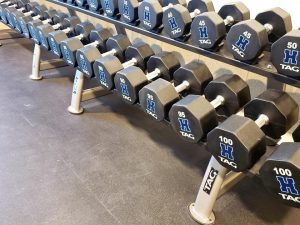 During Winter and Spring, it could be very crowded after school because so many sports were in need of room to practice. Previously, athletic teams had to schedule evening practices because of demand for the limited space available in school gymnasiums.  It even got to the point where certain sports would argue over a schedule on which sport was supposed to use it at that time. Often, you could even see the boys and girls of Cross Country and Track running in the halls because they couldn’t use the track outside due to football practice.

But thanks to the new field house, problems like these are solved. And the athletes aren’t the only one pleased with the extra space. Students in P.E are also ecstatic that they are able to enjoy a bigger variety of sports on a daily basis.

One student stated their excitement with the new field house as it is “way cooler” and big enough to handle the 4 gym teachers and their classes more efficiently. While the others are just happy that during the winter, they don’t have to run outside on the track anymore.

Each field house features a four-lane, 160-meter track. The field houses also can accommodate up to three courts simultaneously for basketball, volleyball and badminton. They feature indoor batting cages for baseball and softball and during unfavorable weather, it can be used for tennis or other activities. So the field houses are not only meant to hold practices but actual matches as well!

On the outside, new sidewalks connect the school to the football field, tennis courts and other outdoor facilities. Benches are also expected to be put alongside the outside courts. 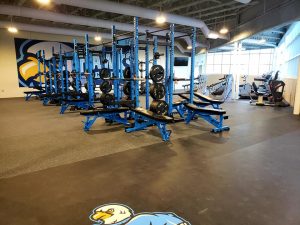 I was able to interview a few athletes and students to find out how they truly feel about the new addition. Aaliyah Doss, a member of the Girls Basketball team describes the field house as “great investment.” Telling me that the new space was long overdue.

Alauna Rupert, also a member of the Girls Basketball team, felt a sense of relief following the opening of the field house. Stating that for the past 3 years she has had to balance basketball and school work because she gets out of practice at 8 pm. But now that there is more space, she is able to end practice at 5:30 pm, which gives her more time to do her homework. So the field houses are long-overdue additions that immediately impacted the academic and extracurricular experiences for not only the students but for the coaches as well.

Coach Herbert Offord, Assistant Football and Softball Coach, was envious of the “new generation” because the new field house is a “great opportunity to improve oneself.” He is wishing that each and every sport or after school activity will be given the time and space needed to excel in their craft.

With the great response to the changes the district is sure to be encouraged to continue with the renovation. They might even go as far as to do whole classroom redecorations (which many of us know that we need). Hopefully, this might also spark a change within the student body to also contribute and keep our school clean. So stay tuned on, you never know what is going to change next.